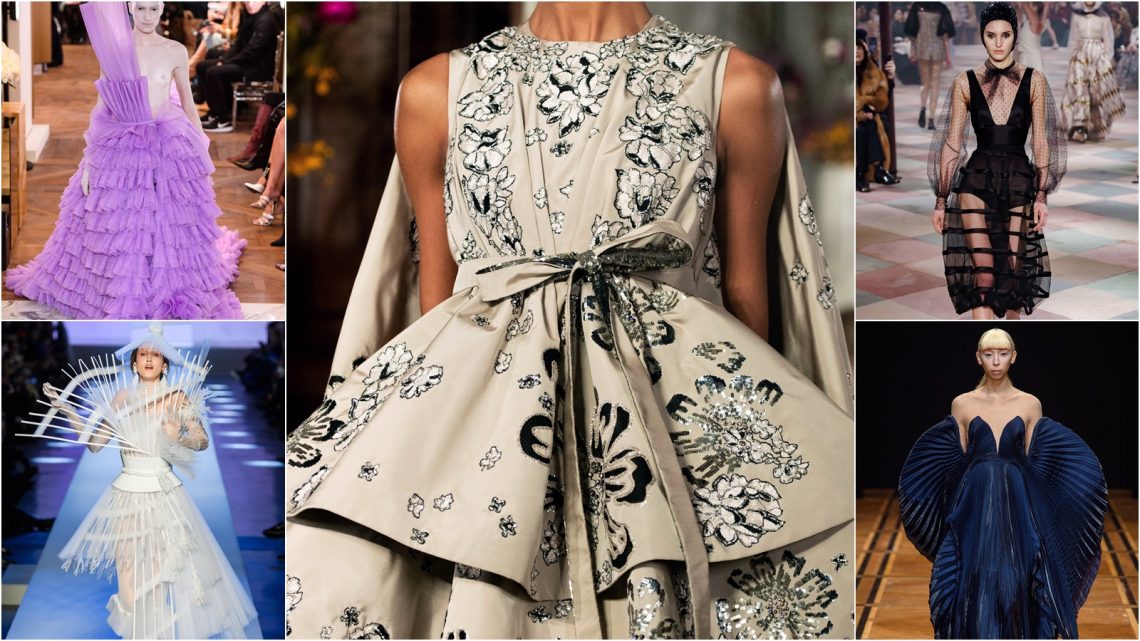 This year’s Spring 2019 Couture shows in Paris show how technology and fashion can create unbelievable masterpieces. A marvellous mix of decades, styles and cultures – perfect for the dedicated fashion lovers, the people who know something about history of fashion. A lot of brands have gone for unusual shapes, structures and volumes to create impeccable looks. Haute Couture and fashion as art are being questioned in the last years. Last week, however, designers have proven the skeptical people wrong. They showed beautiful clothes on the runway, which are eye-catching even on your phone’s small screen. Whether they have created them to do exactly that, or not – we surely have a lot to see. And here are the 5 designers I have chosen to be part of my Haute Couture week Highlights. Enjoy! 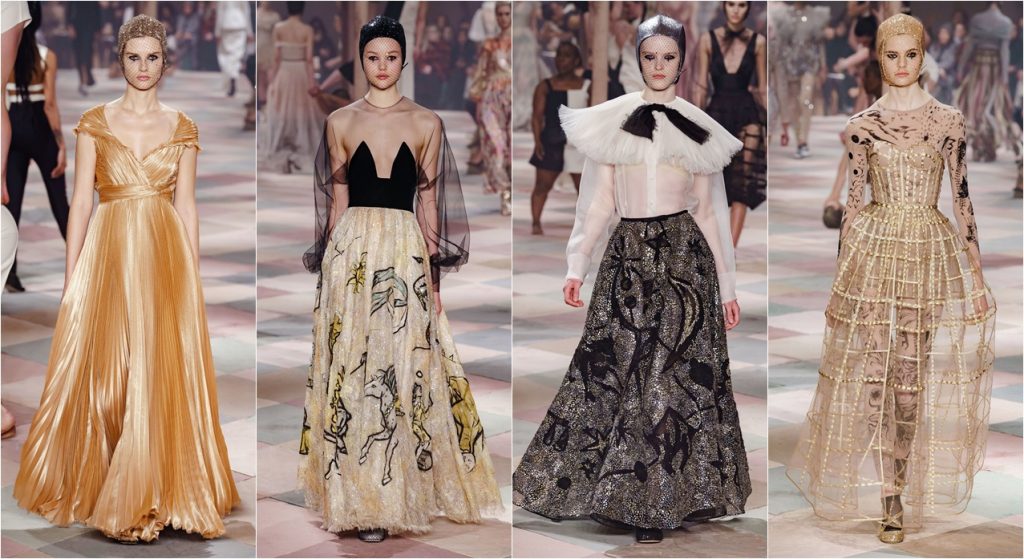 Maria Grazia Chiuri has chosen this year’s Spring Couture show theme to be the circus. There was an all-women troupe of circus acrobats and women stood on women’s shoulders. There was no weird pyjama-like attire that clowns usually wear. There were models with greatcoats and cutaway tailcoats, as well as stunning dresses with crinoline-inspired details stole the show. 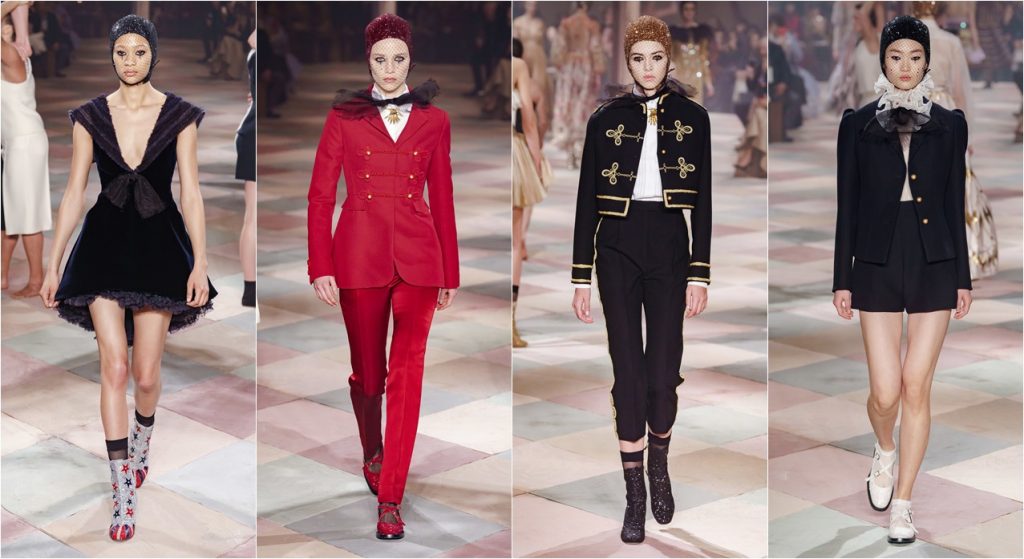 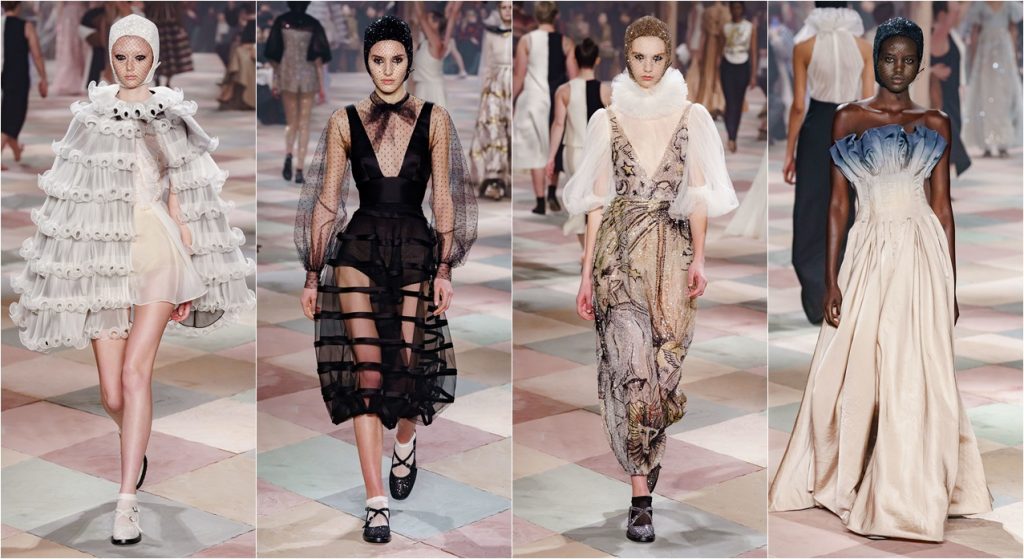 Today’s interpretation of Dior’s so called ‘New Look’ (1947), which is said to have revived Haute Couture in Paris after World War II: 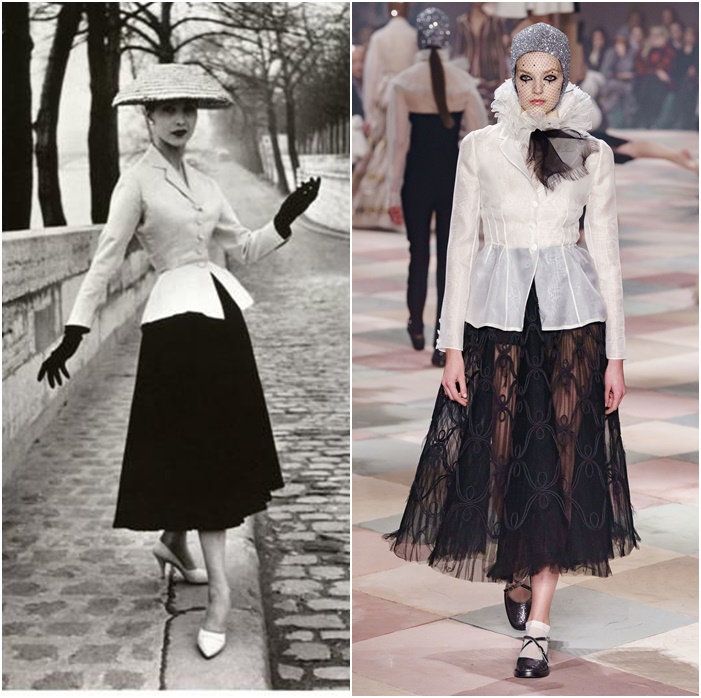 This is the first Couture show for Olivier Rousteing. Pearls played a main role in this collection. There were giant orbs encicling wrists, waists and being carried in hand. I simply love the bulbous skirts from leather – not very practical, but haute couture is meant to be a piece of art after all. There were figure-swallowing bows, embellished denim and generally, play with structure and volumes. Absolutely stunning. 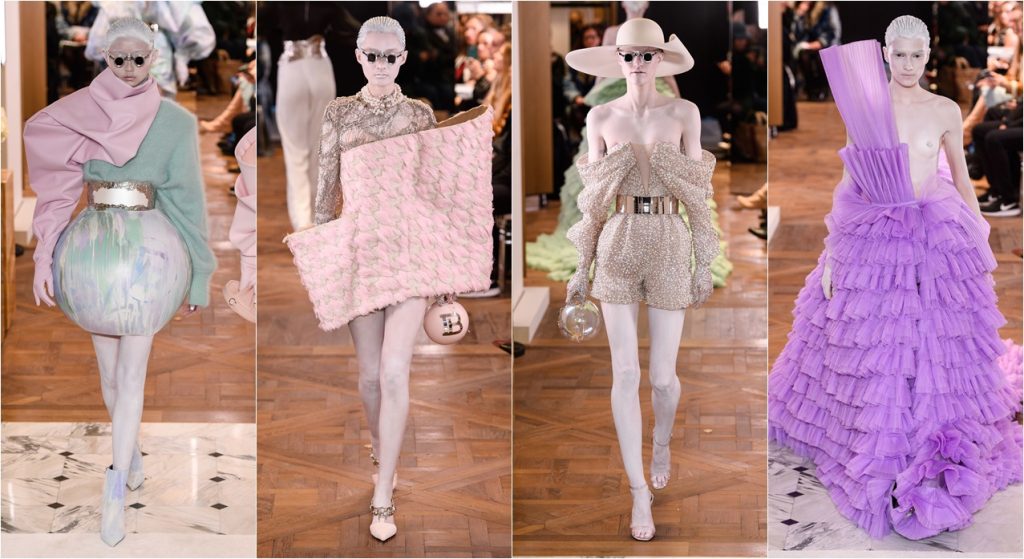 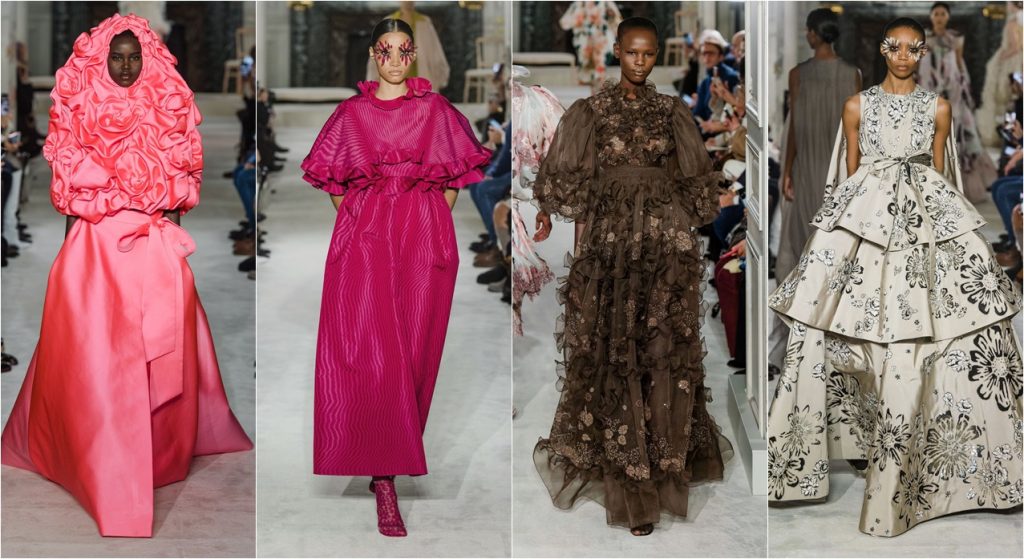 There were so many colors and color combinations in this year’s Valentino Couture show. “You don’t invent color. But you can invent new harmonies for color,” says Pierpaolo Piccioli, the designer himself. He has created impeccable looks with unexpected mixes. Even the looks of solid colors are remarkable. We see a lot of ruffles, lace, all types of florals and embellishments – all so Valentino! 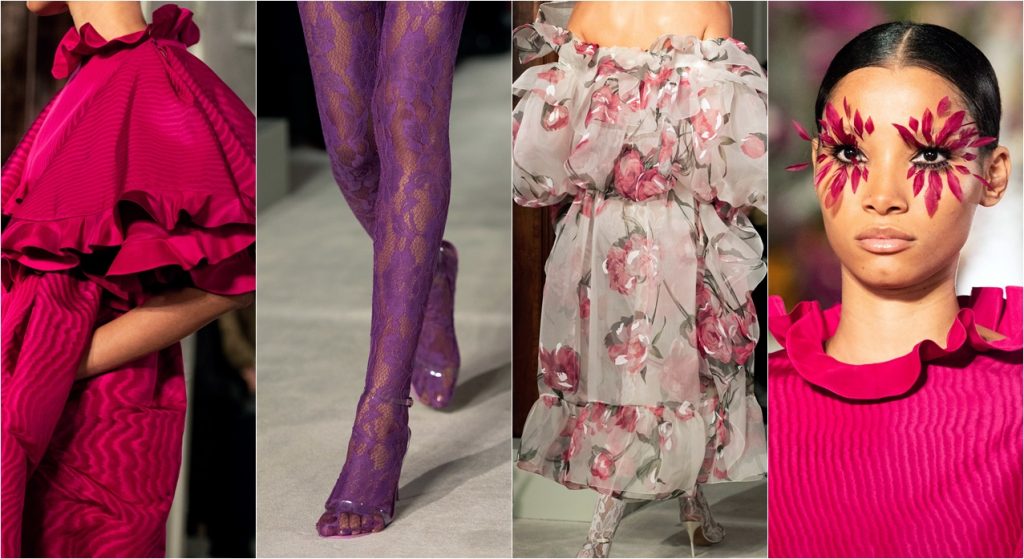 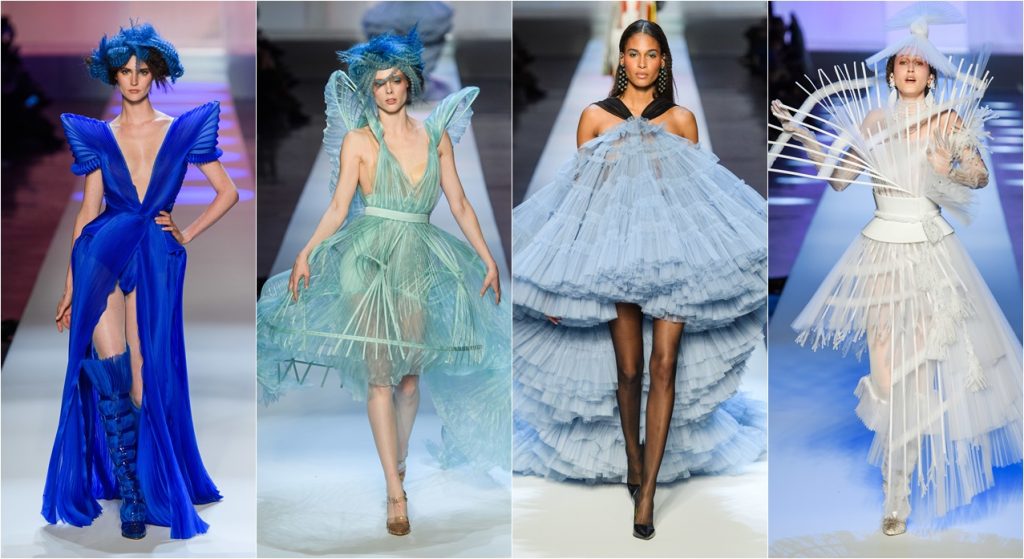 Gaultier’s Spring 2019 Couture collection reminds me of the ocean, probably because of the shark-like shoulders, the blue lights or the dresses which resemble creatures from the sea because of their different texture and color. We see how crinoline appears again on the catwalk. As for the 80s vibes – they are so obvious thanks to the silhouettes and hues. The hairstyles were an interesting mix of colorful punk and traditional Japanese hairstyles. 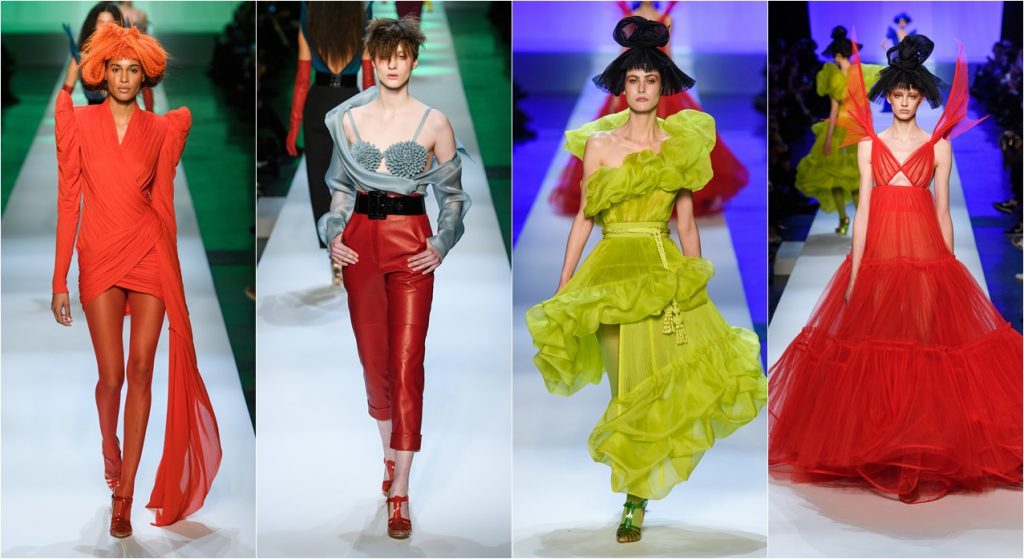 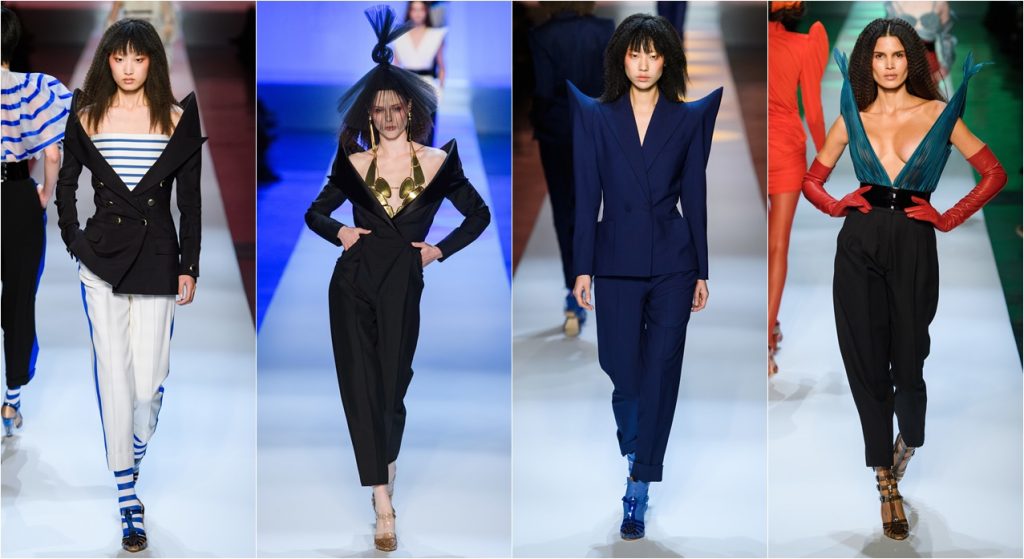 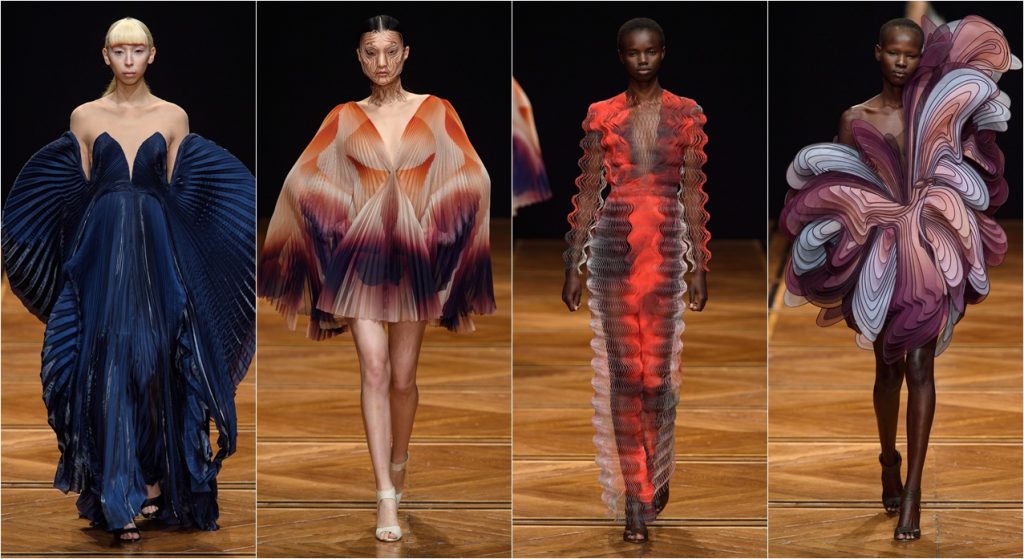 An enigmatic exploration of form and color. The creations, made from organza, gracefully moved across the runway making us gaze in awe. There was 3-D-printed face-contouring jewelry. Everything on the runway seemed so surrealistic and felt out-of-this-world beautiful. The cloud-like dresses are a collaboration with an American artist who is a former NASA engineer. Isn’t this exciting and simply breathtaking?

All photos are from: vogue.com 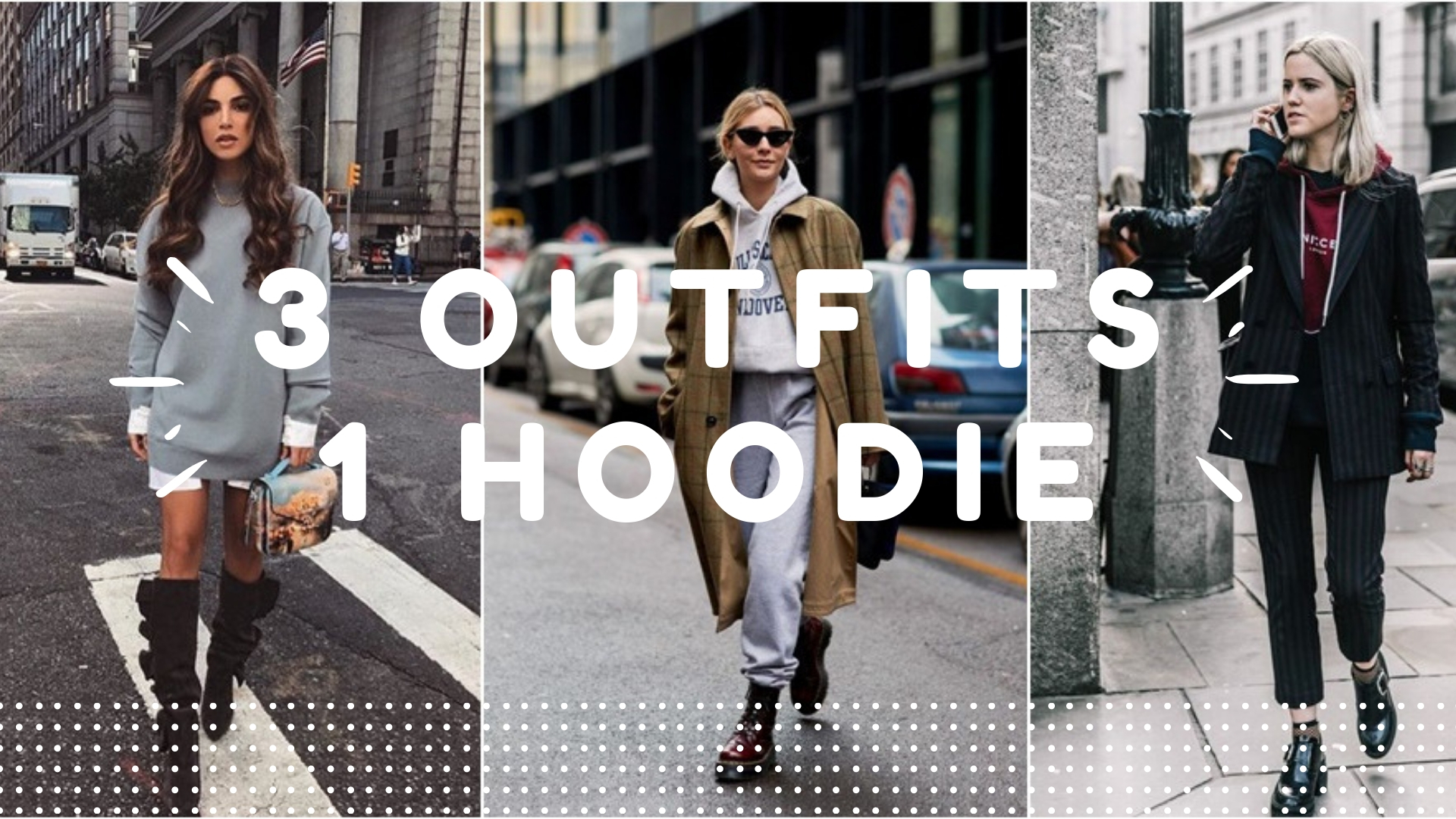 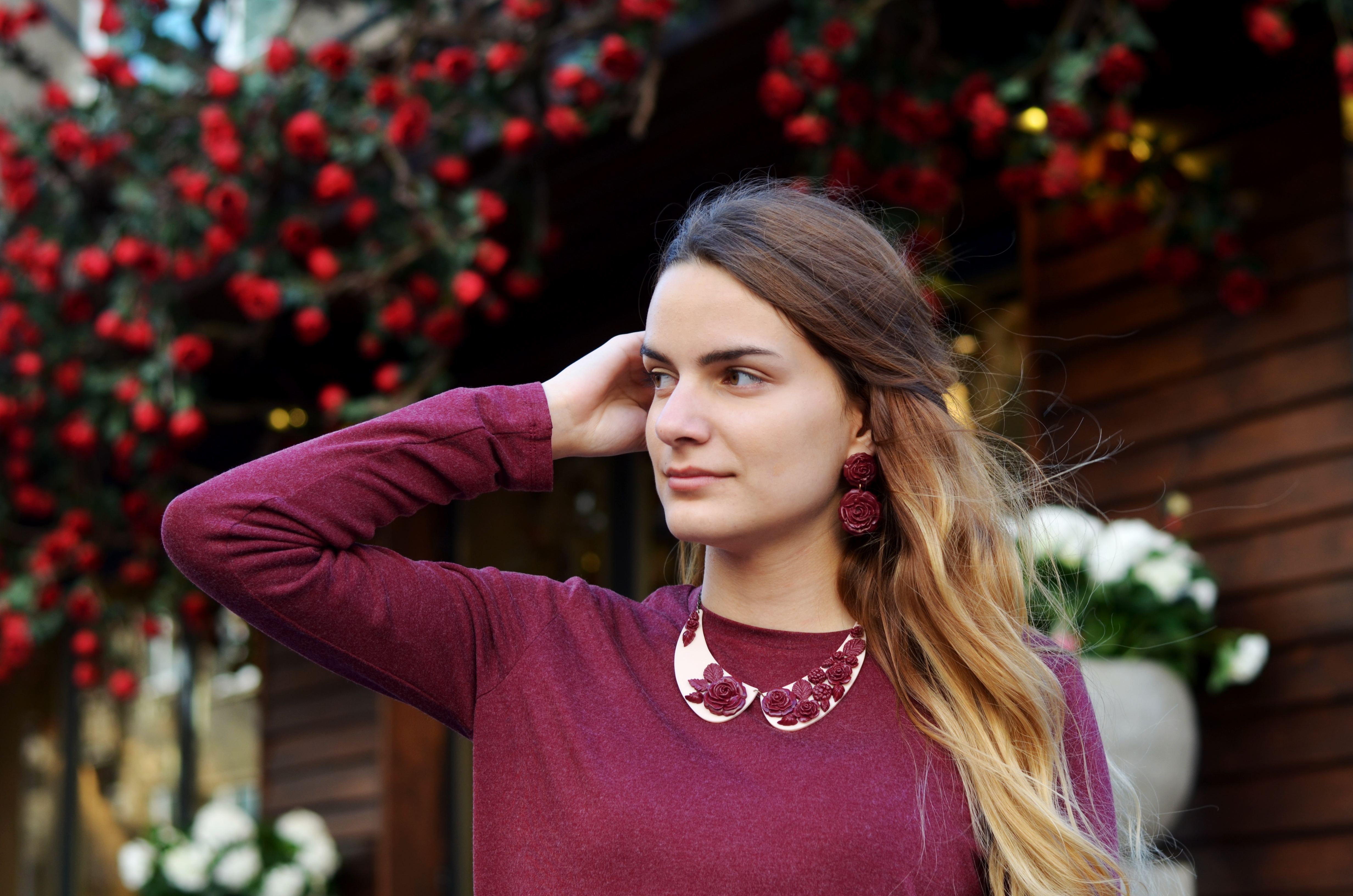