Suits on women look totally normal. Although it wasn’t always this way. Back in 1914 Coco Chanel created the first female suit. However, it was in the 1930s and in the 1940s, during the Second World War, when many women started wearing the then-typical men’s attire. They went to work to fill their jobs at home as men were away fighting. Some ladies worked on farms or as munitions workers, helping to build weapons in factories. Others joined the military. As feminine touches like ruffles, embroidery, lace, and other embellishments were banned, women were forced to make use of the unseen-so-far comfort of the suits. They even started wearing them in their free time, which was unseen before and we can confidently call this a fashion revolution.

Now, nearly a century later, suits are a regular part of our daily life. This season we witness the return of the monochrome look. Wearing a suit makes this trend super easy to try on. Instead of styling it with a white button-down, add something as simple as a white tee or go extra with a lovely piece of lingerie peaking through the buttoned-up blazer.

So here is how to embrace your inner boss lady – just pick a color and a style! 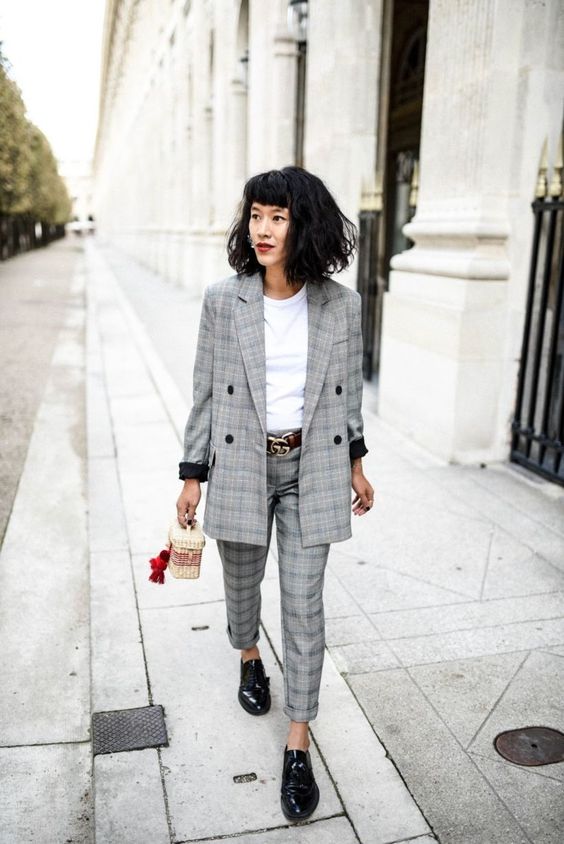 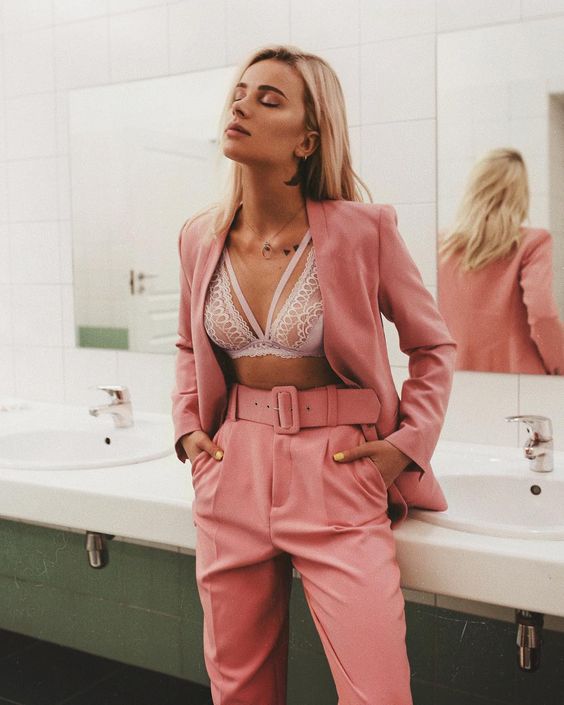 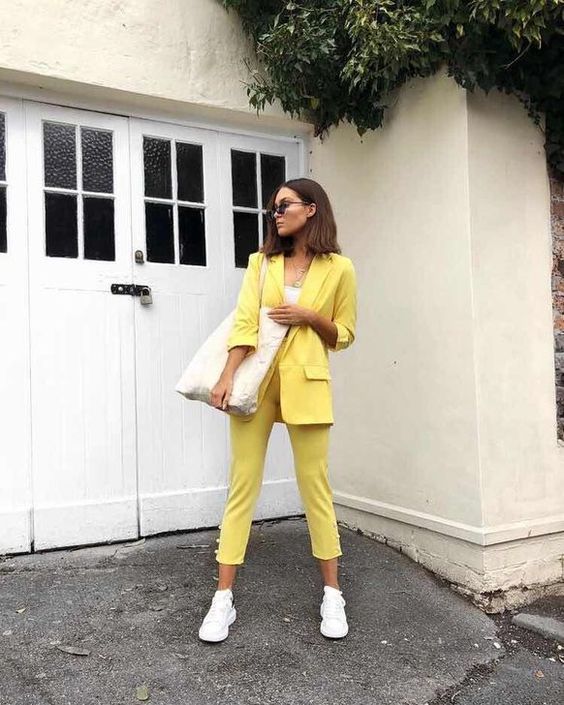 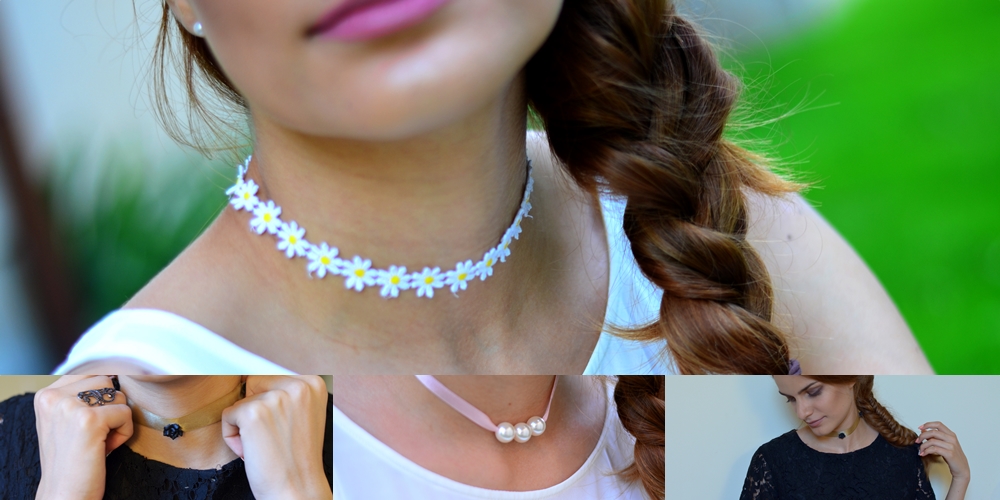 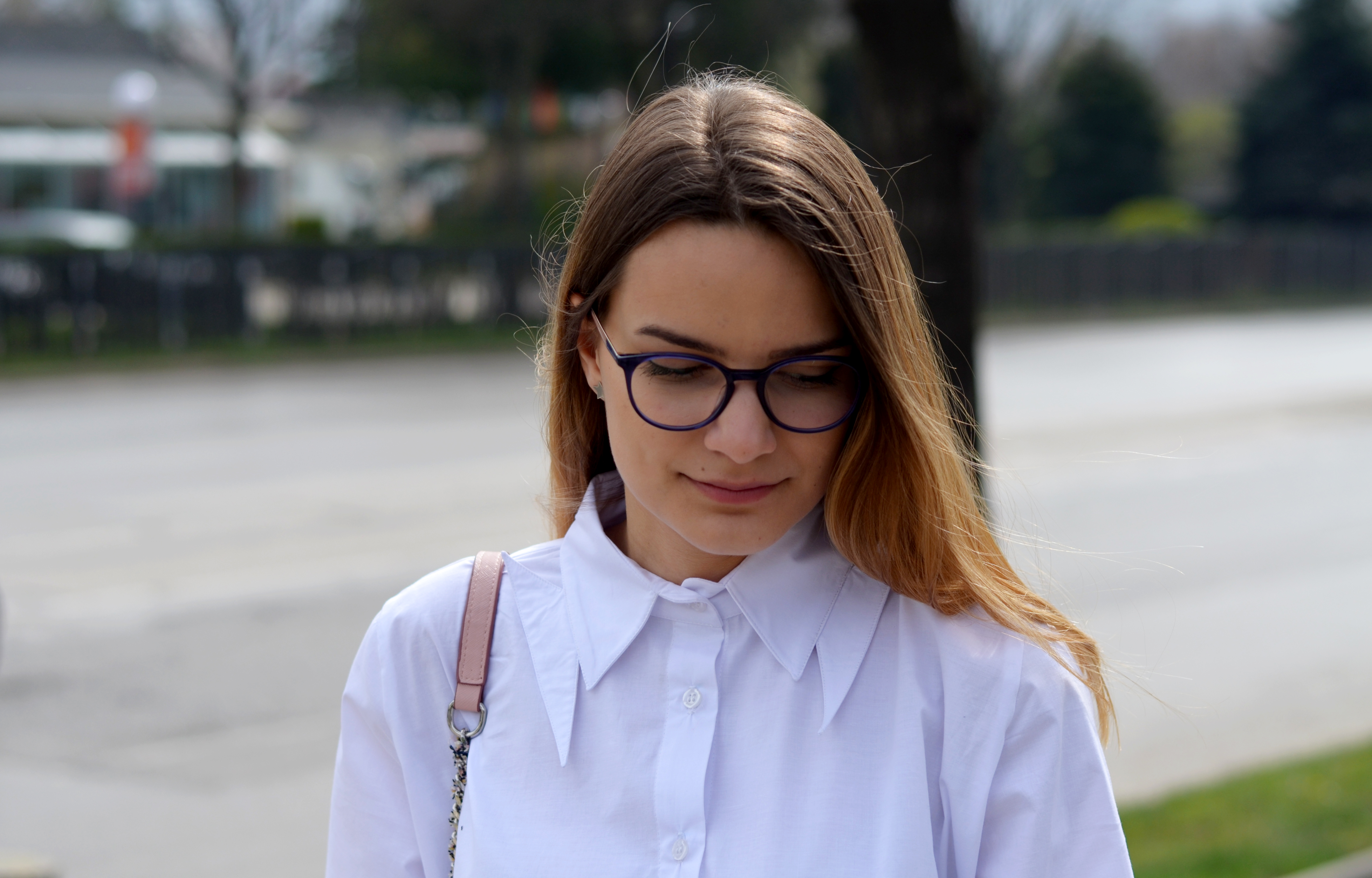